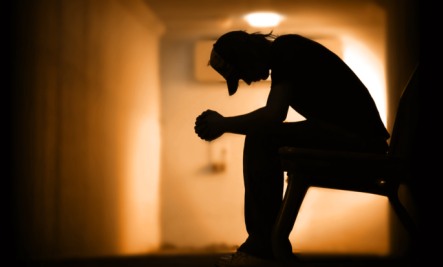 No situation exists in a human which a psychologist would diagnose as a feeling of insecurity or inadequacy unless it is accompanied by a physical situation which bears witness to the fact that the gravitational support is inadequate. – Ida Rolf

Almost everyone is told to assume a good posture. Good posture is a way to improve your appearance in order to make a good impression. It has been suggested that posture affects much more than the way you look. Posture affects the way you feel. Poor posture has been linked with depression.

Recently, researchers in Auckland New Zealand explored the impact of improving posture in the treatment of mild and moderate depression. The experiment featured 61 people with mild to moderate depression. Half the participants were instructed to adopt good sitting postures and were taped on their back to support the upright posture. The other group was not given postural instructions, and were randomly taped on their backs. Participants in both groups were then asked to give a three minute impromptu speech. Following the experiment both groups took a survey. The upright group reported feeling more enthusiasm and less fatigue then the control group during, and after their speeches.

While one can simply try to sit and stand up straight, it is difficult to maintain good posture especially for sustained periods of time. The Rolfing Technique of Structural Integration provides an opportunity for the body to achieve a state of relatively effortless length and verticality. It is particularly well suited for helping you to improve your posture and alignment. Rolfing uses deep pressure to release chronic holding patterns and restrictions that can distort your posture and alignment. As the structure unwinds physical and emotional burdens are released. Our patients report feeling calmer, more centered confident and comfortable with themselves after their Rolfing series.